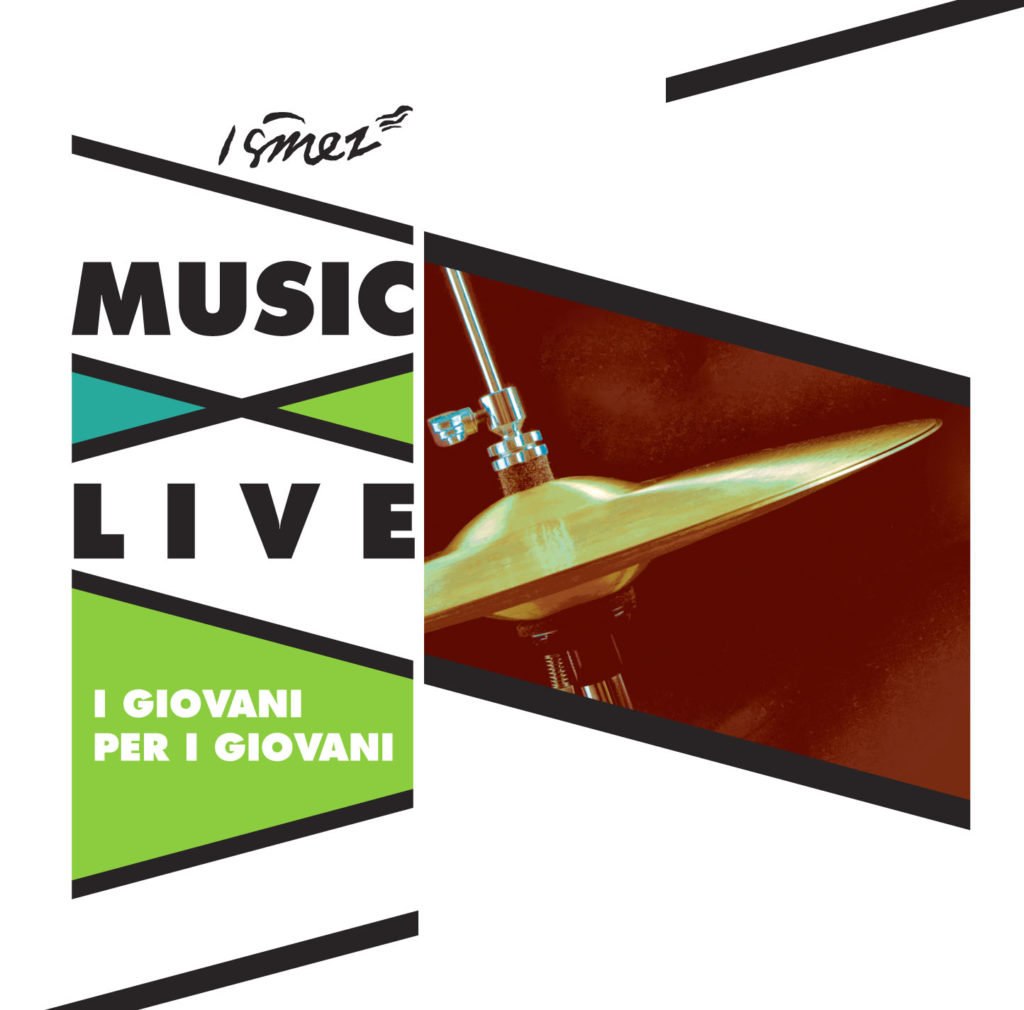 Project composed by Erica Gagliardi (vocals), Nicola Pisani (soprano sax), Francesco Caligiuri (baritone sax and bass clarinet), Michel Godard (tuba and serpentone), Giuseppe Santelli (piano), Carlo Cimino (double bass), Giacinto Maiorca (drums).Roberta Travaglini, President of ISMEZ / Onlus, writes in the cover notes: “ISMEZ is pleased to present you the double CD of MUSIC LIVE: YOUNG PEOPLE FOR YOUNG PEOPLE 2015. This sixth edition of MUSIC LIVE: YOUTH FOR YOUNG PEOPLE have in collaboration with 12 music conservatories divided into geographic areas: 4 from Southern Italy (Bari, Cosenza, Matera and Monopoli), 4 from the Center (Rome, Fermo, Florence and L’Aquila) and 4 from the North (Bologna, Padua, Piacenza and Rovigo). The 12 ensembles of young musicians, guided and trained ad hoc for Music Live by the jazz teachers of each Conservatory and by the guest soloist, gave birth to both a tour of 36 concerts that touched the 12 cities to which they belonged, and a “Final “Exceptional, which took place from 9 to 12 December in Rome at the Casa del Jazz, project partner.At the Casa del Jazz, in the four days of the “Finale”, a specially constituted commission voted the best ensemble: the CMC Ensemble of the Conservatory S. Giacomantonio of Cosenza was the winner of the 2015 edition.The Cosenza ensemble, as the winner, will perform on March 13, 2016 at the Auditorium of the Parco dell ‘Aquila, as part of the 70th Concert Season of the Aquilana Society of B.Barattelli concerts, a three-year partner of Music Live, and in Germany on 27 September as part of the ITALIAN Festival Kulturbrücke am Rhein, promoted by the Italian Cultural Institute of Cologne, partner of the project, and by the municipality of Cologne.I would like to thank, on behalf of ISMEZ, the Ministry of Cultural Heritage and Activities and Tourism – General Directorate for Live Entertainment, Public and Local Authorities who believed in the goodness of the projects and supported us; the University of Teramo – Faculty of Communication Sciences, here represented very well by the students Marilde Cavuto, Pietro Costantini, Eleonora di Cintio and Letizia Gomato who collaborated, coordinated by the Istituto Abruzzese di Storia Storia, at the writing of the Guide to I listen. A special thought and full of nostalgia goes to the dear friend Marco Tamburini, excellent musician and tireless supporter of “his” boys of the Conservatory of Rovigo, traveling companion of the last four editions MUSIC LIVE … I just have to wish you good listening !!!”